How Does CBD Affect Your Brain? 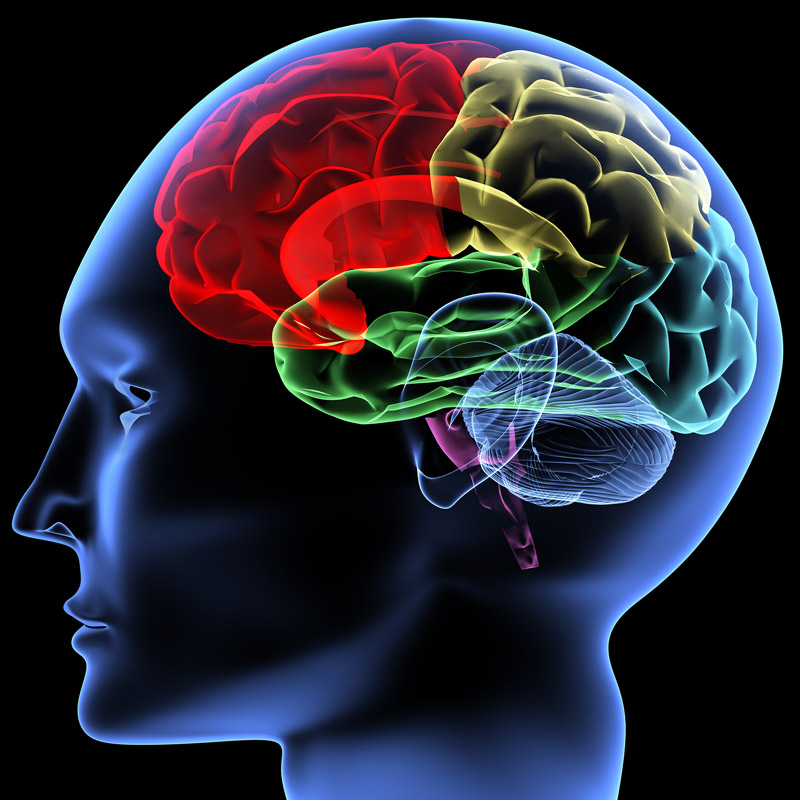 Unlike THC, CBD (cannabidiol) is non-psychoactive. That does not mean, however, that it has no effect on the brain or body. In fact, more and more people are discussing the extraordinary health benefits of CBD supplements. So much so that breeders are moving to creating marijuana strains with higher cannabidiol concentrations, sometimes with more CBD than THC.

So, if CBD doesn’t get you high, just what does it do to your brain? It turns out the answers are pretty amazing, and science is barely beginning to understand the possibilities.

How the Endocannabinoid System Works

The first things you need to understand are the basics of the endocannabinoid system and how cannabis affects it.

As we said above, the endocannabinoid system includes two receptors, CB1 and CB2. Like everything else you consume, CBD travels throughout your body (whether you smoke it, use a tincture, dab, or use edibles), eventually reaching those receptors.

THC, of course, does the same thing. However, even though the two compounds are both cannabinoids, they do not behave the same way once they reach the endocannabinoid system.

When THC reaches the CB1 receptors, it binds to them and produces a variety of psychological effects. Most people are familiar with the increased appetite (commonly referred to as “the munchies”), elevated mood, and even pain relief. Some of the less pleasant effects of THC are anxiety and impairments to your short-term memory.

When CBD reaches the same CB1 receptors, though, it does not bind to them. Instead, it interacts with them and reduces the effects of THC, particularly those anxiety and memory problems. That isn’t all, though. CBD also interacts with other cannabinoids that occur naturally in the body. One that shows a lot of promise is anandamide, which helps control serotonin and dopamine, two chemicals that help control mood, anxiety, and pleasure.

When researchers discovered CBD’s ability to quell the anxious feelings often caused by THC, they wondered two things: how and why.

In one study, scientists focused on the regions of the brain affected by CBD’s anti-anxiety properties. What they discovered is that it reduced blood flow to areas associated with anxiety. Patients with Social Anxiety Disorder experience heightened activity in these areas (technically, the limbic and paralimbic regions of the brain). What the researchers discovered is that CBD significantly reduced anxiety in these areas.

In a similar study, researchers tested cannabidiol’s effectiveness as an antidepressant. What they discovered is that CBD is a fast-acting antidepressant thanks to two main factors. First, it restores balance to a dysfunctional system. Second, it enhances serotonin receptors. Scientists consider this extremely promising, as current antidepressant medications both take much longer to begin working and carry numerous harmful side effects. CBD has no harmful side effects.

How Does CBD Treat Seizures?

Perhaps the most well-known benefit of CBD is its use in treating epilepsy and other seizure disorders, particularly in children. In some cases, patients went from suffering through hundreds of seizures every week to experiencing less than one per week, making CBD a highly effective anticonvulsant. And, again, with zero side effects or psychoactive properties.

In the same way that cannabidiol reduces activity in parts of the brain affected by anxiety, it also calms the cells that cause seizures. However, its effects go beyond that. CBD actually helps protect those same brain cells and inhibits the neurotransmitters that directly contribute to seizures.

Can CBD Protect the Brain?

The brain is a remarkable organ, but when it becomes damaged, repairing that damage is difficult at best, and seemingly impossible at worst. For example, there are currently no known cures for neurodegenerative diseases such as Alzheimer’s and Parkinson’s.

However, and you probably know where we’re going with this by now, the U.S. Department of Health and Human Services (HHS) has known since at least 1999 that CBD and other cannabinoids are potentially capable of protecting brain cells from these diseases, at least according to the patent they obtained.

In both treating neurodegenerative diseases and reducing brain damage, CBD’s effect on CB2 receptors is the key, as it works as an anti-inflammatory while also reducing oxidation. Brain damaged cells also cause a type of damage known as excitotoxicity, which occurs when normal communication between brain cells is disrupted. The combined impact of reduced inflammation, oxidation, and excitotoxicity helps reduce brain damage and restore normal function.

It’s Only the Beginning

Though hemp has been used for thousands of years as effective treatment for pain and inflammation, researchers are only now discovering the true scope of CBD’s medicinal potential. With the laws being what they are, progress feels slow at times, especially when so many people could benefit from full legalization. However, as more and more scientists research the possibilities, expect to see changes sooner rather than later.